Action movies are nothing without action-packed stunts. There is a lot that goes into them, and performing your own stunts is never an easy feat, but a legend like a Tom Cruise has done that – time and again.

Whether we are talking about mission-impossible franchise or any other action-packed movie, such as Top Gun by Tom Cruise – he is just too brilliant at doing death-defying stunts. He is an OG method actor who does not believe in stunt double tactics because he knows that it is his responsibility to make the experience a lot more worthwhile for his viewers. So, he puts his heart into every character that he delivers, and part of it is also doing the craziest stunts in his movies.

So, if you are a Tom cruise buff and love the details about his every movie and watch the behind-the-scenes clip with an avid eye – then this blog is dedicated to you because we know you totally adore Tom Cruise doing stunts wearing his glorious Tom Cruise jacket in the movies – whether it is Top Gun Maverick or Mission Impossible Jacket, the experience is enjoyed with batted breath. 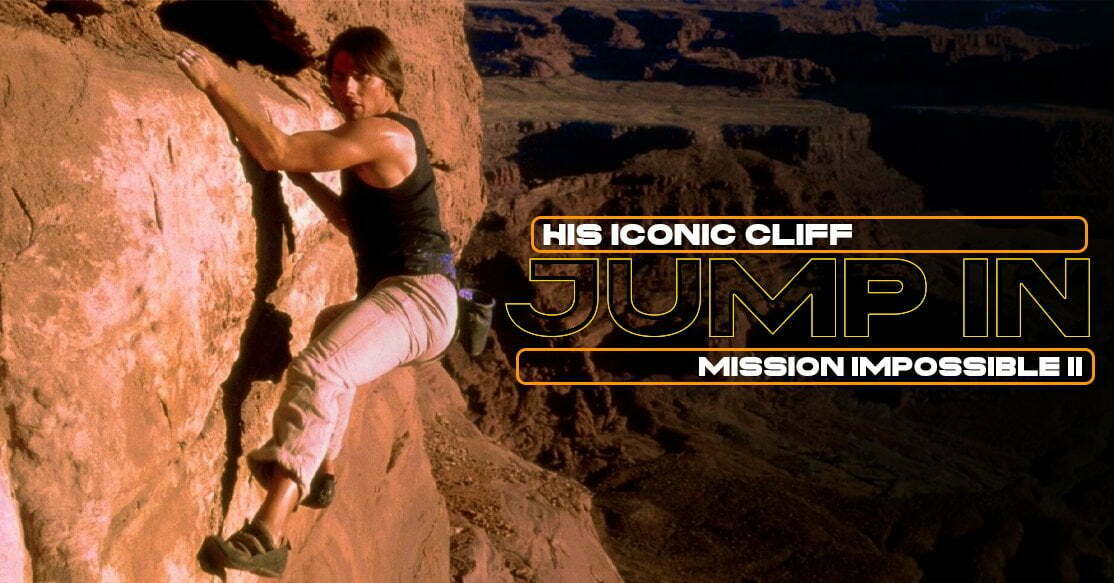 While the audience might be having their jaw-dropped with fear, anticipation and exhilaration, Tom Cruise does not shy away from making his scene as authentic as it gets.

One of the iconic stunts that he pulled through in the second installment of the movie, a scene that has been much applauded and remembered and celebrated by the audience: is the cliff-jumping scene.

Although the stunt work was precisely done, what remains the most commendable aspect about the whole thing is the fact that despite the height and all the danger involved, the scene comes out brilliantly and has that perfect authentic feel to it.

And you know what the surprising part is? The only safety harness that was keeping him secure was a thin rope. He used his very own hands to move from one side of the cliff to the other, and even in the end, when the scene was done, he pulled himself up with his own hands.

His director John Woo tried to stop him from performing the dangerous thing, but he was persistent – as narrated by the director to entertain weekly. 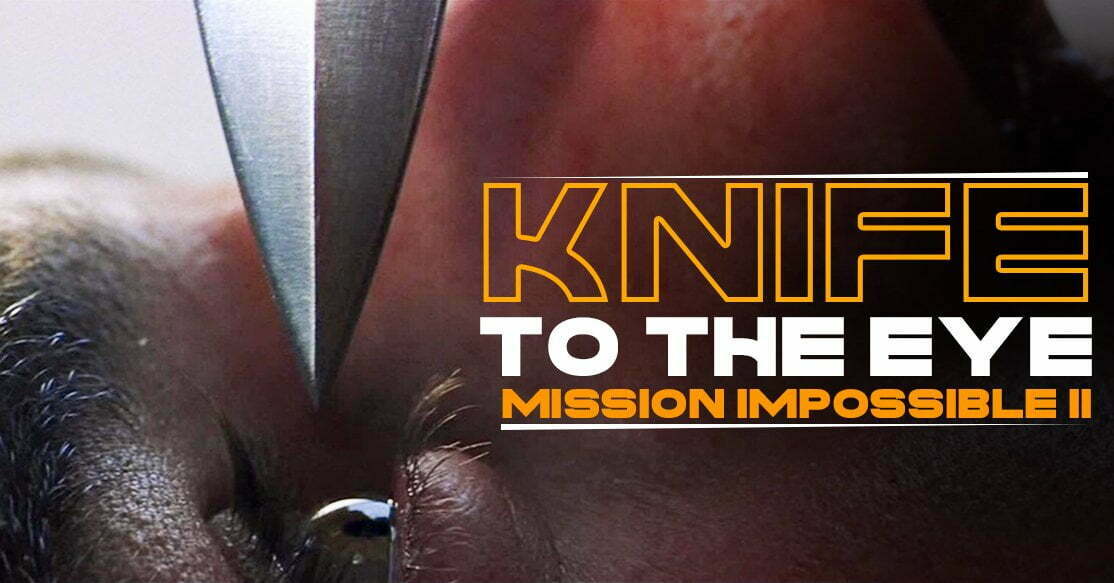 Another great thrilling scene from the mission impossible second installment is the iconic knife to the eye scene. The scene is scary not just in that fictional sort of way, but the fact that the scene was performed with a real knife by Tom Cruise himself makes it a lot more scary element.

The scene is shot with an incessant amount of precision. The knife is being pulled into his eye with a lot of force which makes it a worthwhile scene to watch, and kudos to Tom Cruise for making it so convenient. 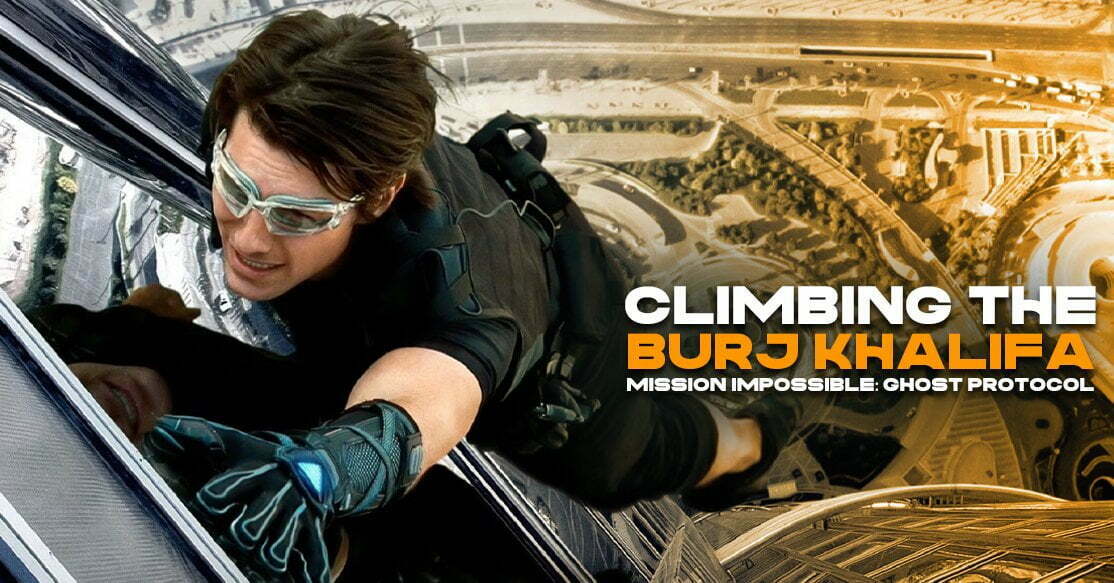 Climbing the world’s tallest building is no easy feat, and running on it, wild and amok, is another thing altogether that you would not think about, right? But trust Tom Cruise stunts hungry appetite to pull through all that.

Ghost protocol is the fourth movie in the franchise, and if we have to zero it down to the most superior Tom Cruise stunts, then this one certainly takes the cake.

Burj Khalifa consists of 130 floors and is 2722 foot long skyscraper. Tom Cruis is shown not only climbing the tower, but he is also running on it. Executed by Director Brad Bird, the scene is considered to a one of the most in the movie franchise.

Ethan Hunt pulled off this scene wearing a special pair of gloves and an all-black outfit which added a dash of added thriller to the whole experience. 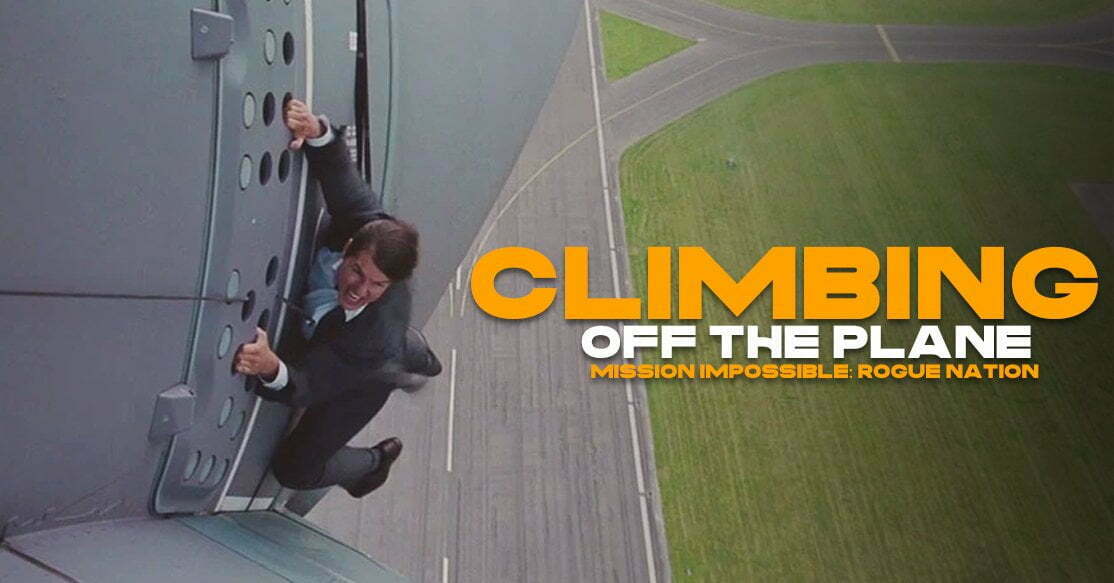 Ethan Hunt is Tom Cruise’s most daredevil sorta character, hands down. Here is another death-defying stunt, from Rogue nation, that Cruise managed on his own.

jumping off a cliff or a building is so normal, no? I mean, how about going for something totally different – for instance, jumping off a moving plane at a high altitude?

Performed in Mission Impossible Rogue nation, Tom Cruise actually had to perform the scene eight times to actually perfect its accuracy. It has to be one of the deadliest of stunts considering the fact that it was actually done 1000 feet above the ground with 100 knots of speed per 8 minutes.

Considering the fact that the weather tends to be windy and unpredictable, the value of the stunt just increases all the more and makes the experience of watching rogue nation all the more worthwhile.

5. Zero Gravity stunt in the Mummy 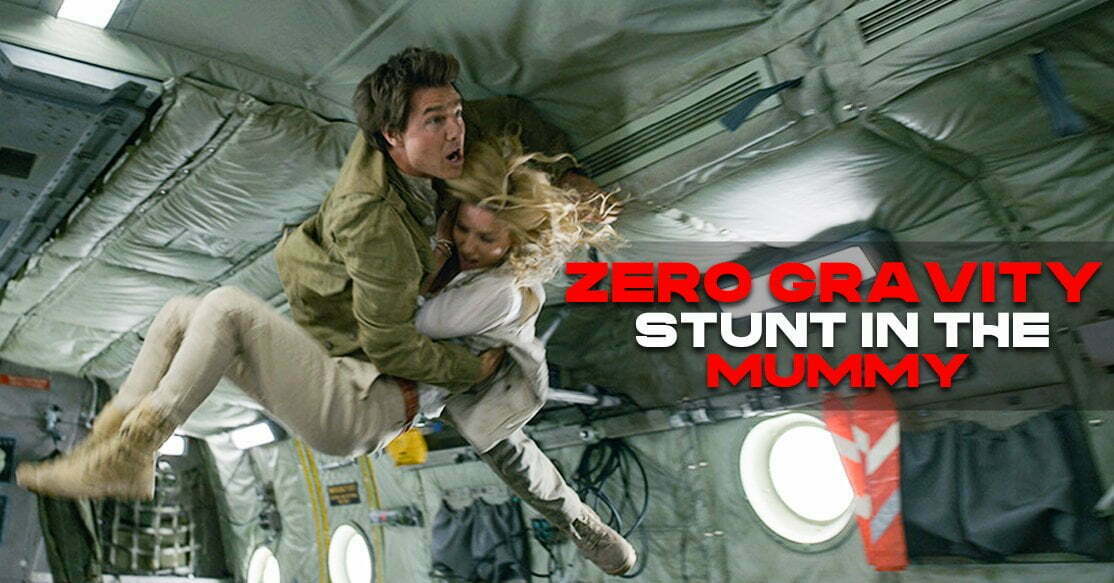 From climbing the planes to actually being on board a crashing plane – Tom Cruise has to not has not come slow; no matter how tough the task might have seemed, he has made sure to learn the nuances and pull through it.

There is one iconic scene in “The Mummy” movie that is performed in a way that makes it quite believable.

This is how the scene goes: so the plane is disintegrating, and Tom Cruise and his co-star Annabelle Wallis are caught in the plane. Tom saves Wallis by helping her exit with a parachute while he is caught in the frenzy and is shown taking down the plane. 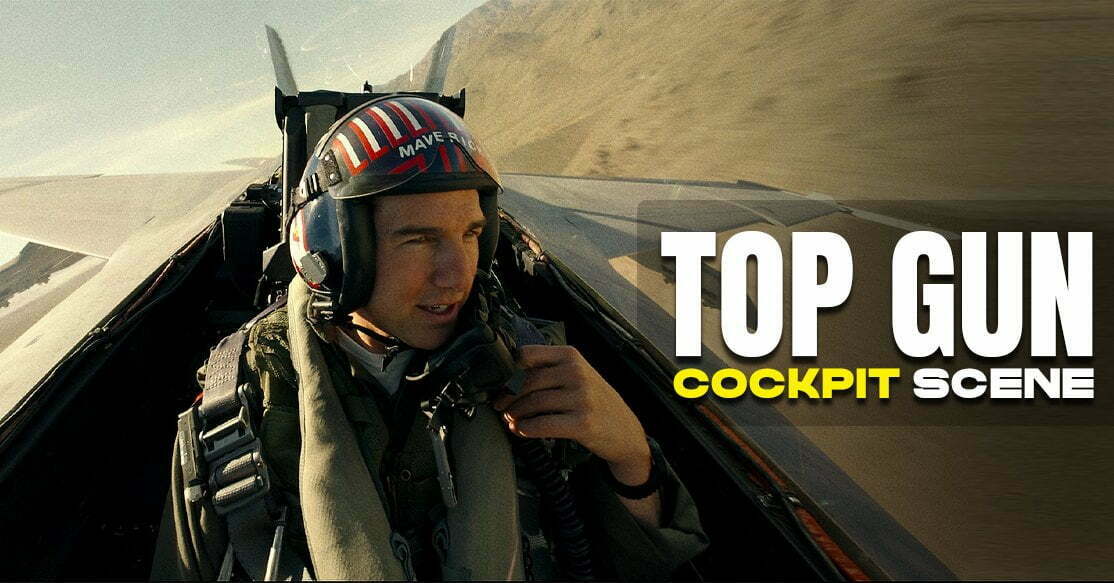 Top Gun is another Tom Cruise movie that is ripe with action-packed stunts performed by Tom cruise with the help of his film’s stunt coordinator.

So, basically, Cruise is shown as a Navy Pilot in the movie, and being one means flying airplanes. Which means Cruise is going out of the way to make it as authentic as it gets.

Cruise revealed in the paramount pictures video that they had to learn to fly the planes for real as they were supposed to do it practically. 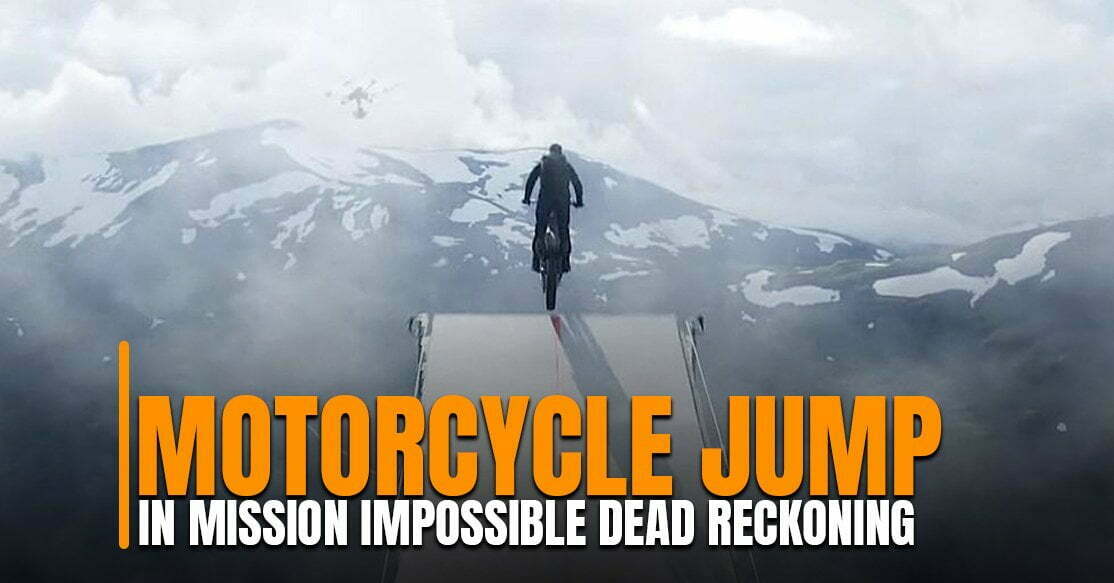 Hands down, the biggest stunt performed by the actor is the motorcycle jump. It needed a lot of frameworks and involved a lot of danger, despite which Cruise went ahead with the stunt work.

Although the movie is set out to come out in the year 2023, the audience cannot wait to get a taste of the experience.

The scene will go something like this: so he is riding a bike off a massive ramp, jumps off and flies into the sky and then comes down with the help of a parachute – sounds like too much action in one scene, right? and considering the fact how crucial the timing was, this scene could have proven to be life-threatening. 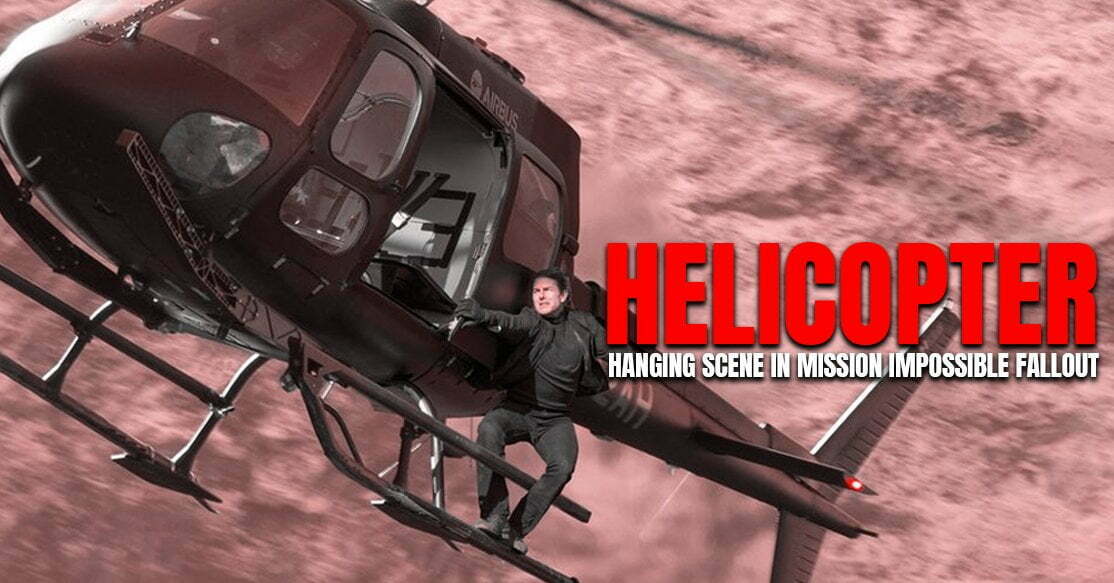 In terms of action and storyline, Mission Impossible Fallout has to be one of the hottest movies in the series. It is brimming with scenes that are iconic and brilliant in that complete measure.

One such noteworthy scene that grabs instant attention is the helicopter hanging scene. As you must have concluded by now that Cruise is a method actor, the scene was actually rigorously rehearsed by the actor in order to perfect nuances.

1. What Stunts Did Tom Cruise Perform Himself?

There are plenty of stunts that Cruise performed himself – helicopter hang, Burj Khalifa climbing, and Motorcycle jump are a few among them.

2. Did Tom Cruise Do the Rock Climbing Stunt?

yes, Tom Cruise performed it despite the director’s apprehension.

3. Which is the most Famous Plane Stunt of Tom Cruise?

The plummeting scene from the mummy is among the most famous scenes, although it is highly debatable because the one from the rogue nation is also highly note-worthy.

4. What is the most Dangerous Stunt Tom Cruise has Done Till Date?

Again, it would be totally debatable, but considering the timing and the multiple scenarios, the motorcycle jump has to be the most dangerous thing.

This is it for now. Being a fan means getting the complete experience of movies done by your favorite actor – and part of the bargain is getting familiarized with the deep nuances and all the things that go inside it. So, the next time when you want to flaunt the savvy details and insider scope with all the meaty snippets regarding your famous actor’s onscreen life and the efforts he puts offscreen to make the experience all the more remarkable – refer to this blog, which is an ode for the fans like you.