The TV show Gangs of London has just premiered recently and is getting the record-breaking response. The action series features the most enthralling cast, including the actor Sope Dirisu whose formidable vibes are well-known. Elliot Finch Gangs of London Jacket is a style adopted from him as he played the on-screen role of Elliot Finch.

The sturdy jacket is as daunting as his character in the show. Its durability has ensured with the 100% real leather and fine viscose fabric used in its making. Gangs of London Sope Dirisu Jacket exhibits the most intimidating vibes with its heavily pocketed front. It comes with a sharp stand-up collar and a deep black color that maintains its classy appearance. 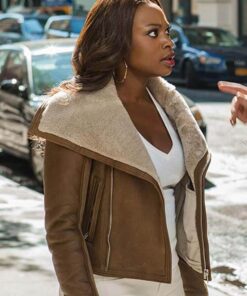 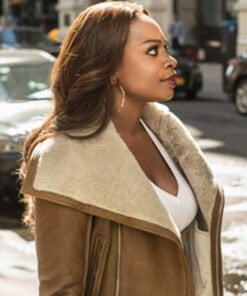