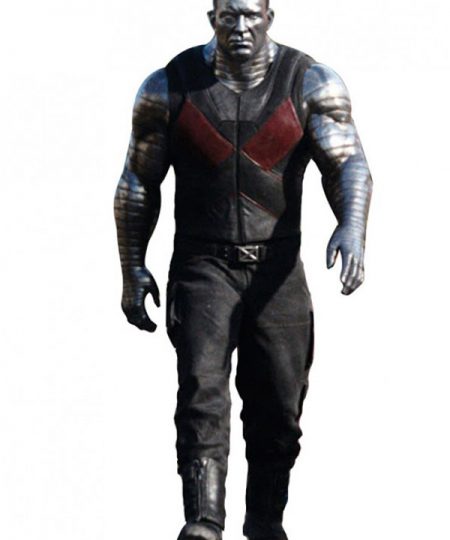 Okay, let’s make some things clear first. Hands down, Deadpool has to be the most loved and the most entertaining superhero in the history of superheroes. With that sarcasm, sass, and humor, Deadpool has owned all of our hearts since the first time he appeared on the screens. His first movie was a huge hit which made all of us fall in love with him. The action inspired wardrobe of Wade Wilson, AKA Deadpool gives us major goals for the season. The famous Deadpool costume coat from the movie has set some very high standards for the rest of the superheroes to keep up. A Deadpool fur jacket makes a great choice for a wintery day out, with snow and a warm mug of hot chocolate.

With Deadpool 2 coming out this year, Marvel comics make sure to wow us with each and every element that they put in their movies. All of the costumes look promising but the class of a Deadpool flannel jacket beats all other mundane coats.

Ryan Reynolds looks nothing less than a Greek god when he flaunt those abs and flawless body in his famous Deadpool motorcycle jacket! That one looks makes all the girls want Ryan Reynolds whereas all these guys out here want to be Ryan Reynolds! Only this man can look so stunning with a mask on!

There is no superhero without his signature jacket! Our new line of superhero jackets makes it possible for you to embrace the look and style of your favorite superhero as we turn their costume suits into inspiration for your everyday looks. The iconic red of a Marvel Superhero is enough for all of these clothes to be splendid enough for you to spend your dollars on them.

The striking contrast of a maroon and black duo Deadpool hoodie jacket makes it look more attractive and appealing. After all, crimson is the color of love! We just cannot get enough of admiring the whole outlook of Ryan Reynolds as Deadpool.

And we know it for a fact that you too would love to flaunt all of that love for him in your own style! We urge you to make the most out of our phenomenal leather jacket sale and get your hands on these ravishing outerwear pieces which will definitely bring out the Ryan in you, if not Deadpool! Keep scrolling the all-new Deadpool costume collection for formal and casual gatherings.